Testimony Theater – To Tell in Order to Live is an intergenerational, educational and therapeutic encounter, bringing together Holocaust and second-generation survivors with youngsters.

Over the period of a year accompanied by expressive arts therapy and drama therapy, a supportive and inspiring group is built by the participants, resulting in a play, produced and brought on stage by the group, awakened by the stories told by the survivors.

Young people, whose role was to listen, become the extended bodies of the survivors. The play is performed to an audience of school students in each community, including participants' families, and friends.

There are some survivors who have never spoken of their past. Some are ashamed, others want to protect their children and grandchildren, and some thought it’s best to leave their extremely difficult past behind, and focus only on resurrection. However, through the Testimony Theatre group sessions we create a comfortable, safe and familial atmosphere for survivors – an environment allowing them to tell and share, hoping to provide relief, even allow them to make peace with their past.

The final play strives to be as professional as possible. The stage comes alive thanks to the orchestra, lighting, sound systems, accessories and costumes, but there are no actors; there are real people, Holocaust survivors sharing the depths of their souls and young people aged fourteen or fifteen who were given the opportunity to bear the torch.

The Testimony Theater project, founded by Irit and Ezra Dagan, who won The Israel-Sderot Conference on Social Issues Prize for Social Activity, and the ‘Holocaust Education Award’ awarded by the International Institution  for Holocaust Education, in 1999, has conducted more than seventy projects in over fifty communities around Israel and the world ‘till today, 2020.

"The Holocaust will always remain one of the darkest periods in history and the greatest human disaster. We see this project as the realization of what Zionism really meansto us, and most importantly as a mission to be able to hear firsthand the Holocaust survivors’ stories of rescue, survival, heroism and resurrection, to contain the pain and sorrow, and give them a final opportunity to cope with their past, present, and future. In the reality in which we live today, where some people even go so far to say: ‘’The Holocaust never happened’, in a reality where antisemitism still exists, where murder occurs every minute in so many places around the world, in a reality in which racism, hate and unjustified hatred is alive and well, in a reality in which, sadly, the world has still not really learned from these events – we must remember and remind, learn and teach, that we have the obligation to constantly remember. For the survivors, for those who did not survive, for all of us, and perhaps mainly for all those who will come after us."

The project is supported by ‘Eshel’ – the association for the planning and development of services for the elderly in Israel, the JDC, the Ministry for Social Equality, the Ministry of Labor, Social Affairs and Social Services and private donors under the auspices of the Testimony Theater non-profit association. 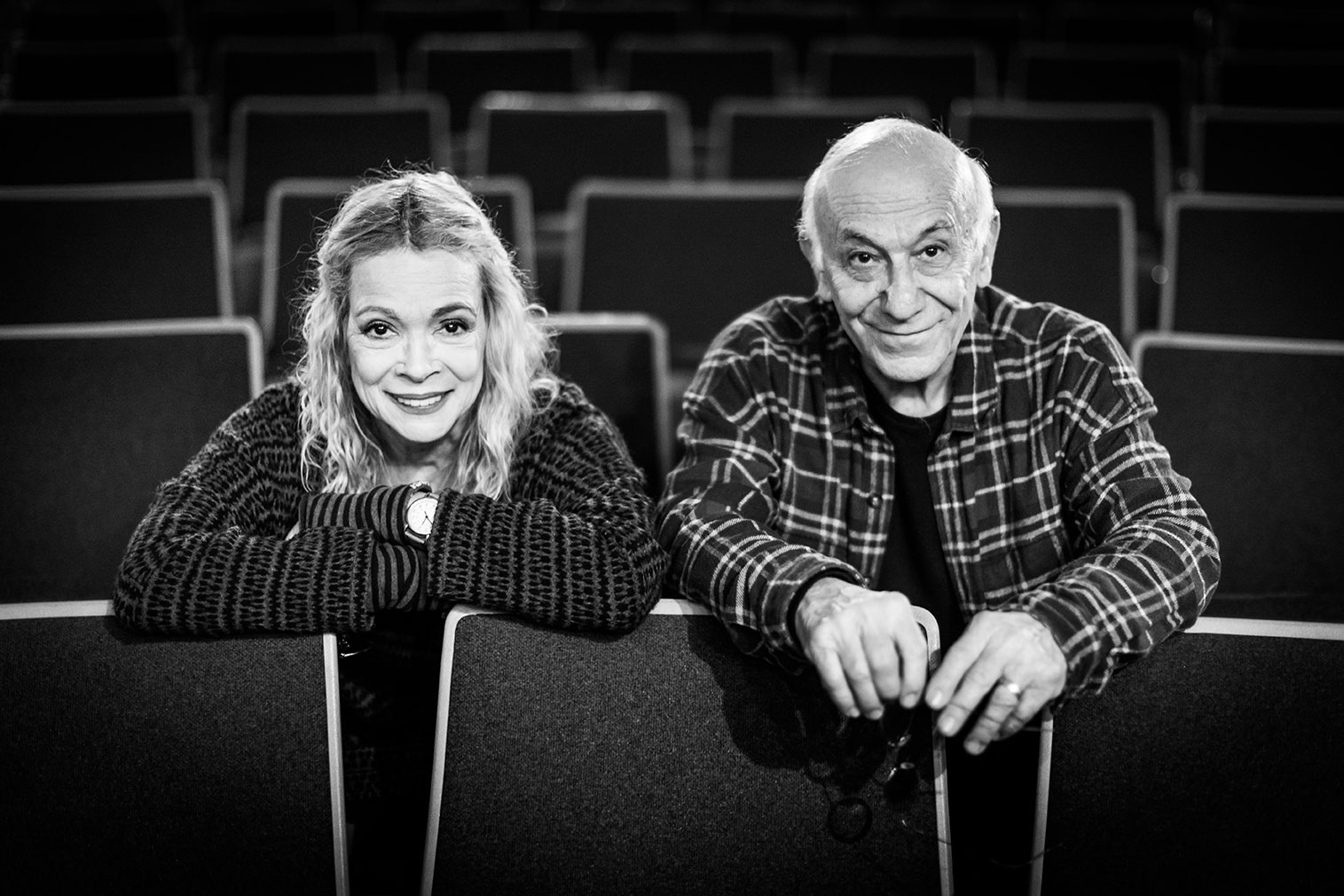 Expressive art therapist, B.Ed in Informal Education, M.A. in Drama Therapy, licensed by the Ministry of Health. Actress, drama teacher and theater director. Graduate of the ‘Bet Zvi’ acting school and in Hebrew Literature at the Hebrew University, Jerusalem. Acted at the national ‘Habima’ theater and ‘Orna Porat’ theater for children and youth. Irit is the daughter of Holocaust survivors, her mother survived the Auschwitz-Birkenau death camp and her father fought in the 'Bricha' underground movement' and saved over 1,500 Jews.

Actor at ‘Cameri’ theater of Tel Aviv, director and teacher of method acting and pantomime. Graduate of the Theater Studies at Renanim school, Nola Chilton’s Studio and pantomime at Claude Kipnis’s studio. Acted at ‘Habima’ theater for 15 years. Played the role of Rabbi Ya’akov Menasha Lewartow, in Steven Spielberg’s film “Schinlder’s List. Seven members of his family who lived in Paris, Pinto and Bar-David, were murdered at Auschwitz-Birkenau

"The Nazis tried to exterminate the body and destroy the soul, Testimony Theatre is an echo of the triumph of the spirit over the powers of evil, once and forever."

The dead remained silent and the survivors were left without a voice in the absence of expressions that could have described what they experienced and witnessed. Their observations and impressions continue to live with them and are constantly re-experienced, as if they are not only experiences of the past. Testimony Theater provides a stage to make heard what was previously left  without an echo. Within a framework that enables traumatic stories to emerge,a structure that creates an aesthetic distance, an experience that is not too overwhelming for survivors and young people – participants and viewers.

Irit and Ezra apply their vast experience in theatre and their therapeutic tools to allow these generations to find a language through which they could tell their stories to one another, with great sensitivity to the composition of the group, and to the risk of secondary, and re-traumatization.

The story that until now was solely of survivors has become a type of oral tradition that will contin“The Holocaust is a mental trauma that cannot be described in words.ue to pass from generation to generation, first to group members and then to the audience – which sits, listens and cries, faced by Holocaust survivors sitting on the stage – become living witnesses to what was, until now, memories frozen in time.

The stage Irit and Ezra set up creates a new partnership that liberates survivors from their difficult journeys and burden of loneliness, and turns an individual’s memories into the collective memory.